I've been teaching for 8 years. I've taught in the same school for my whole a career but have worked in 3 groups in  this time 5, 3 and 1... I'm currently reading for pleasure lead!


I live in North Essex, raised in Northamptonshire, lived for9 years on London


I'll answer the second bit first. My degree is in drama and technical theatre. I worked in theatre for 4 years before retraining.


I'd probably be still working backstage. I'd just got into designing and operating projection for shows - my last gig was a massive fundraiser at the royal Albert hall with Bob Hoskins & Joanna Lumley (name-drop).


I had been trained in using the equipment that is used for projection on Strictly and Eurovision so I could be designing visuals for those...


Now the 'why' ... Whilst working in theatre I didn't get to see much of my wife (girlfriend at the time) so considered a career move.


I'd recently worked on a huge children's production (500+ kids) and was involved in asking them about their view of the world. It became the favourite part of my job...


I also worked on 2 pieces of theatre that we took on tour and to Edinburgh fringe about social injustices. Death in police custody and then knife crime. Hearing about how so many young children had been failed by the education system pushed me towards trying my luck at changing lives!


(play some inspirational music over that last bit)


Don't panic! You'll build a network of people you respect in the end. Join in and then people will start to recognise you and will like what you tweet and therefore follow you.


Also, add a gif to any enquiries then people will stop to look at the gif and then see your question!


Also, don't get involved in every argument you see... It's not worth it


Reading is a passion that grew because of twitter. I had stopped reading due to the workload. But due to the way people on here spoke about new books, they got me hooked


I also love cooking and music (I love singing but I am very self conscious about this and will only sing in front of my kids.)


I'm not sure I can name one lesson, but I can name the sort of lesson.


Those where you just go off on a tangent and see where it takes you. Some times they're awful lessons, but other times they're unworldly and you'd win awards if anyone observed them... (No-one ever does though)


My class and I loved Jon Klassen and Mac Barnett's shape trilogy books  so we made our own version called Rhombus, we even got a retweet from Jon Klassen

Nick Offerman is older, but we can roll with him!


- Does he still have the Bane mask?


- 6. What is the best/worst teaching advice you’ve heard?


Best teaching advice was: ' Keep it simple and don't lose sight of what's best for the kids'


Worst was: 'wear a tie, they'll respect you! Everyone respects a tie'


What a great question...


I'd be a Lego brick! Useless on its own, but with the right people and the right ideas I'm awesome!


Ooh, how controversial to go... I'm going in hard! 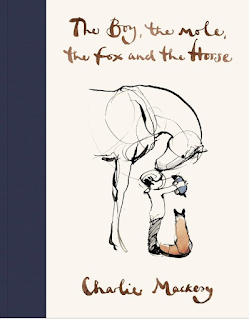 This is an overrated book.

-          It’snot like you to be controversial. I’ve not read it. Probably purely because there’s been such a big fuss about it.


The pages are nice. But it's not a story.


It's written for people who like inspirational quotes on landscapes.


I don't think it's a children's book


- 9. Which 4 living people would you invite to dinner?


1)Jürgen Klopp I'd love a good chat with him!


2)My best mate Dave, we don't see enough of each other. nowadays


3) Bob Mortimer would be amazing


4) Paul Whitehouse was one of my childhood heroes so him too!


I'd love the children I've taught to remember me the same way I remember my Year 5 Teacher Mr Ekins, for his awesome story telling.


It's easy for a child to tell you to that you're their favourite at the end of the year, but hearing it in 10/20 years time would be awesome!


I'd love to hear more about the boy wonder -  @MrETeacher92


Make sure you ask him about this magic tricks...

June 07, 2020
-           First tell us about yourself. We'll, I'm 33 for another week or so, born and bred in South London, but I've lived in Nottingham for the past 4 years now. My partner and I have been together for the best part of 13 years and our boy is 5 on Sunday, so it's lockdown party time! I've been teaching now for 10 years and have taught all year groups in some form (including supply) but most of my career has been in KS2. I was English Lead in my previous school but I've just moved to a PRU, so it's exciting times ahead! -           1. Why teaching? What would you be if you weren’t a teacher? The original plan was to go into some kind of community/social work through sport. That was my degree and I was always interested in working with young people but that never really took off. I'd done my degree and was working in pubs when I thought I better pull my finger out and figure out what I want to do with my life. My mum is a teacher and I
Read more